During the 2016/2017 academic year more Qatari women, than Qatari men, graduated with a degree in Engineering. Females make up almost 50% of the student body in Qatar Foundation’s only engineering university, Texas A&M. Unfortunately, this colossal figure is not translated into the workplace. Many female engineering graduates seem to pursue other jobs rather than remain in the industry of their specialty. This is due to the many challenges they face in the workplace, challenges that are slowly diminishing. In fact, women are increasingly joining various engineering-related professions in Qatar as the industry expands. As illustriously proven by Maryam Ahmed Al-Bishri, a petroleum engineer in one of Qatar’s esteemed national oil companies. Furthermore, Maryam is actively advocating to inspire future Qatari females to enter and excel in the energy sector, through her position as the chair of Women in Energy in Society of Petroleum Engineers. So, who is Maryam Ahmed Al-Bishri? 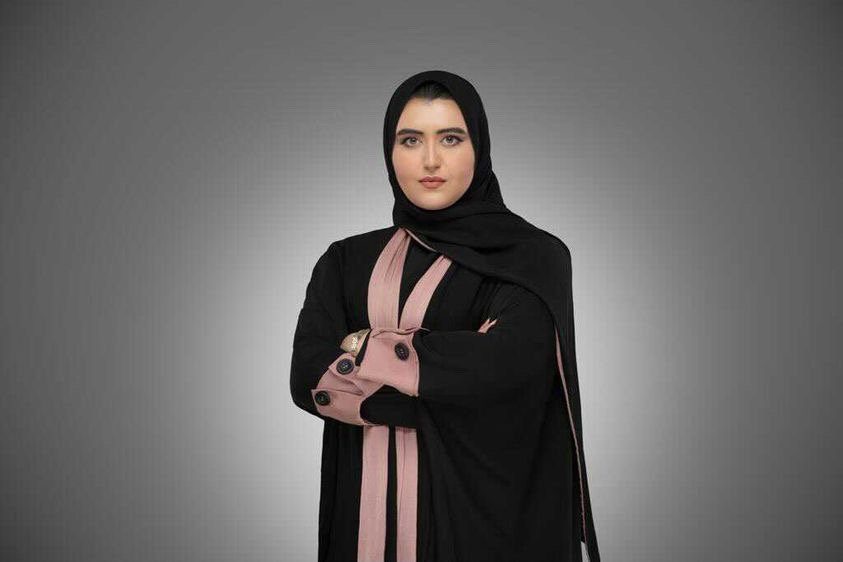 I graduated from Texas A&M University (TAMUQ) with a bachelor’s degree in Petroleum Engineering and a master’s degree in Reservoir Engineering and Geoscience from IFP School.  I am currently working in one of Qatar’s national oil companies. After I graduated from Al Shaymaa high school for girls, I joined the Academic Bridge Program (ABP) for a foundation year that would better prepare me for university. At the time, I was planning on studying Zoology at McGill University in Canada with the vision of one day becoming Qatar’s first zoologist. However, upon being introduced to Qatar Foundation’s universities I found that I had a special liking for Texas A&M.  The university was previously based in the same building as ABP; I became accustomed to seeing the engineering students around campus and was fascinated with how bright and intelligent they were. Some of the students used to leave their books lying around and I would really enjoy skimming through them, especially since I liked physics and math at school. So, I decided to apply with zero expectations of being accepted. The application process was surprisingly very smooth and thankfully I was accepted. I truly believe that it was fate, that when Allah wants you to do something all the pieces will fit together to ensure that your path leads towards it.

I flourished during my time in TAMUQ, not just educationally but also in terms of refining myself as a person. The university had great facilities, an amazing faculty, and a top-notch education.  I was an active member of many student organizations, including the Society of Petroleum Engineers, Student Chapter, Female Aggies and the Petroleum Program. After graduating in 2011, I joined the national oil company that had provided me with a sponsorship for my bachelors. The transition from university to the workplace was one of the toughest that I had experienced yet. It was a shock for me, despite having previously discussed the gender gap in Engineering in one of our ethics courses at TAMUQ. At the time, I was confounded by the idea because only two out of eleven Qatari students in our class were male, so I assumed that the gender gap was simply a myth. However, upon joining the workplace I found that not only was there an immense gender gap, but there was also an age gap as well. I suddenly had to work with people more than twice my age and who are more experienced than I am. I was also the only woman in a team of approximately eleven men, which made my professional life much more difficult, especially as I inclined to be silent in meetings. I grew into a very quiet and timid individual, which was very unlike myself, and most of the time I felt lost. I started to doubt my decision in choosing this path, I even considered continuing my studies and getting a job in the education sector. I thought, education is traditionally female dominated; it must be an easier environment to work in. At that point, I believed that I was not going to survive in this industry. However, over time I learned to overcome that, alhamdulillah.

What steps did you take to deal with the difficulties posed by the gender gap at work?

At the beginning, I thought that I was alone in my struggles. I did not realize that my female co-workers were facing the same doubts and difficulties. However, after talking to them and seeing that we were in the same position, I knew that I had to find a solution. I am naturally a very nurturing person, I place strong emphasis on the well-being of those around me, so it helped to know that I would be helping them, as well as myself.  I started by doing some research and then put in place an action plan.

Firstly, it is important to identify the source of the problem. Until I understood what was making me doubt my decision to work there, I would not be able to take any steps forward. Accordingly, it is very important that women understand that the workplace environment plays a major role in how they assimilate, and it is not just dependent on their professional ability, as was my mindset at first. Of course, we must consider the impact we have on the existing staff as well. There was an influx of Qatari women entering the engineering workforce after my batch had graduated that may have caused a cultural shock to the existing staff as well.

Secondly, it is useful to find a supportive coworker who might share the same experiences or be sympathetic towards it. I was fortunate to have been assigned a very wise and supportive mentor who not only listened to my worries but provided me with useful advice as well. One of his most memorable insights is to find people who are willing to help improve you as a professional and to approach them with any queries. Unfortunately, I realized a minor setback with relevance to this in energy sector. Our male coworkers had access to a plethora of role models and senior staff members whom they could approach and even meet and converse with after-hours. In contrast, up to this day, our organization had never had a female technical engineer in senior management. This does not mean that we should limit ourselves to female role models, but it is a factor that will certainly aid our predicament. I am hoping to see more female senior petroleum engineers, reservoir engineers, and petro-physicists in the future InshaAllah.

Finally, in the spirit of finding a group that I could face these challenges with, I joined the Society of Petroleum Engineers (SPE) as an extracurricular activity. This helped me with two things: first, the SPE kept me updated with everything that was happening in the oil and gas industry, and second, it was a platform through which I could network with and meet people from other companies – a benefit that I generally lacked as a woman. In fact, the SPE introduced me to many of the most influential women in the oil and gas industry who subsequently became my role models. I moved from attending events, to organizing them as a member, and eventually I was invited to speak at one of the panels: ‘A Night with the Ladies in the Oil and Gas Industry’, organized by Qatar Professional Women Network (QPWN). Not only had I succeeded at finding inspirational female role models to keep me going, but I had managed to distinguish myself as one as well. The panel aimed to give students an insight into the working environment in the oil and gas industry; we spoke about many of the issues that we faced and how we had overcome them. What I found most striking was the eager interaction of the audience members; many of the issues that we had faced in our industry were mirrored in other industries as well. I am now the chair of Women in Energy at SPE, and we are involved in many initiatives aimed at facilitating women’s assimilation to the workplace.

How would you advise women to act if put in difficult situations, due to the gender gap, at work?

You must be aware that you are not alone in this. I always recommend the book “Lean In: Women, Work, and the Will to Lead” because, whilst reading it, I was astounded by the number of experiences that I shared with the author. It showed me that the struggles that I was experiencing as a woman in the energy sector are universal across various industries and countries. For example, I have been called ‘aggressive’ for simply asserting my viewpoint in a similar way that my male coworkers have. I think it is just a matter of them not being accustomed to women voicing their opinion in the workplace as assertively as they do.

If you are ever put in a situation where you are treated unequally because of your gender, I would say to assess the situation itself. In the past, I would have told you to confront your coworker. However, over the years I have found that this does not always prove useful; it may even increase the agitation between you and your coworker. My advice is twofold. First, learn to choose your battles – some are not worth fighting. This does not mean to simply accept the current state of things, on the contrary, learn to direct them in your benefit. This leads me to my second advice, as I previously mentioned, look for a mentor or role model, join societies and clubs, and find support in women who have gone through the same experience. Simply put, do your job, excel at it, flaunt your achievements, and do so all in good humor. You may struggle in the beginning but keep in mind that your hard work will make life easier for future women entering the industry.

What are the current initiatives of the SPE?

We have held a number of panels focused on gender gap in the workplace, including the notion of the ‘glass ceiling’, a metaphor that describes the barriers that prevent women from reaching certain levels of higher management. We also aim to create a forum for women to meet and network online.

One of our latest programs aims to encourage the future generations of female engineers by creating awareness for school students. I have found that our culture generally encourages girls to pursue office jobs rather than technical and vocational careers. Thus, our goal is to show girls that it is possible for them to enter and excel in these fields, by presenting them with the various women who have succeeded in the energy sector.

Well, I will put it bluntly. It is a very competitive industry, one that is difficult to succeed in and demands a lot of work and effort, but it is definitely worth it in the end. Essentially, I think, if it is something you love, then study engineering, become an engineer, excel at it, and become a role model for future engineers. It won’t be easy, but it gets better.