Architecture plays a major role in shaping the face of Doha, as it gives Qatar a unique character that distinguishes it from other countries. Without the works of brilliant architects and their efforts, Qatar would not look as it does today. Through buildings such as the Sheraton Hotel, the Museum of Islamic Arts, and Souq Waqif, Qatar’s identity is turned into beautiful landmarks. Unfortunately, the world of architecture in Qatar is not known by many, and its fine details seem to be limited only to its makers. This is particularly true of Middle Eastern architecture in general, a world that is full of fine architects who are often overlooked by society in comparison to the Western architectural world. Qatari architect Fatma Ibrahim Al Sehlawi seeks to change this reality. Through conducting architectural research and collecting rare architect books, she was able to create a cultural platform to explore this rich world in Atlas Bookstore. This cultural initiative, the first of its kind in Qatar, opens the door for the entire community to explore the Middle Eastern architectural world. So, Who is Fatma Al Sehlawi? 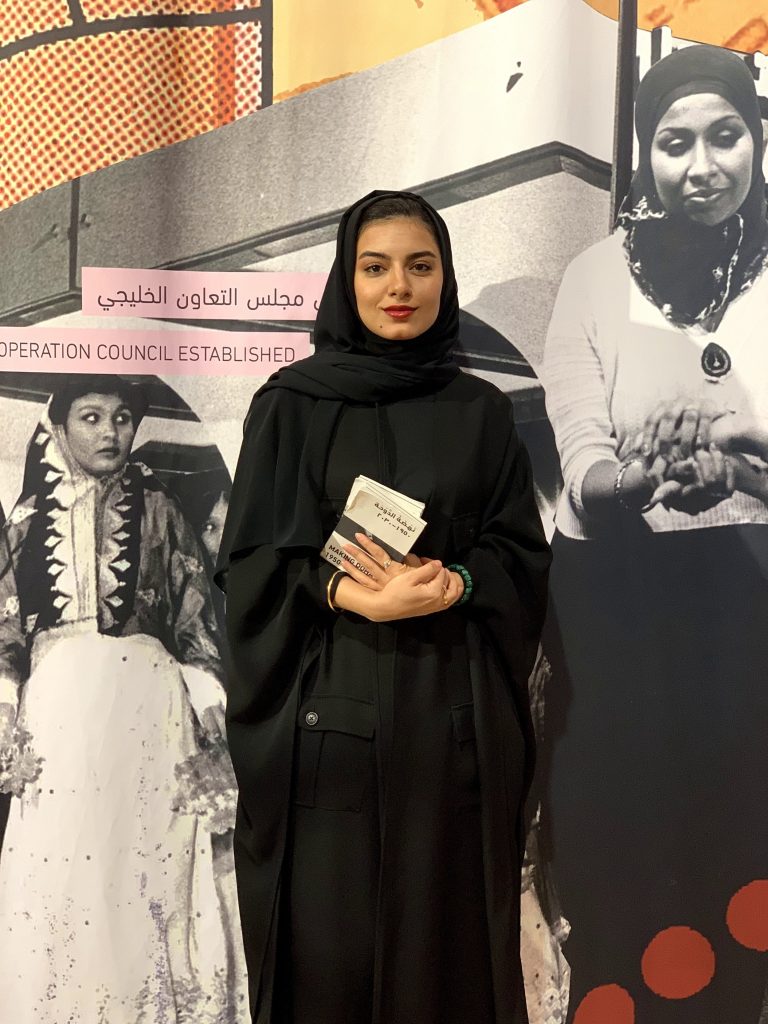 I am an Architect based in Qatar, and a graduate from the American University of Sharjah with a bachelor degree in Architecture. After graduating I worked for Qatari Diar on the Lusail City project, and after gaining valuable information and experience in fieldwork, I transferred to the Qatar Museums (QM). After a while, I moved to London to gain a Master of Architecture in Urban Design. In 2015 I decided to take my own route and establish Atlas Bookstore, which was later followed by the establishment of an architectural studio in 2017, named Studio Imara.

What attracted you to architecture and design?

Two things attracted me to this field of study, my love for art and my desire to present something new to the country. In school, I had an inclination towards artistic subject more than other subjects. My art teacher at the time also encouraged me to major in this field in university, as he thought that I had great potential of becoming an architect. The other aspect that attracted me to this field was the lack of Qatari architects. I wanted to come back to my country with a certificate that benefits and fulfills its need. To me, the lack of Qatari architects was more of a challenge rather than a reason to not enter this field, as it motivated me to change this reality. I decided to apply to the American University of Sharjah because it was not far from my family, and I had family members living near the university which made it easier for me to study there.

Due to the many requirements for the major, I ended up studying for seven years; I took my time with each course and gave each of my classes equal attention to pass them with distinction. Moreover, I took a year off my studies to work in the field in order to base my graduation thesis on reality. When I graduated and entered the work environment, I was noticing architecture details on the scale of buildings, rooms, and houses. However, I felt that I should expand my knowledge to encompass architecture on a bigger scale such as that of a city, which encouraged me to obtain a Master of Architecture in Urban Design. 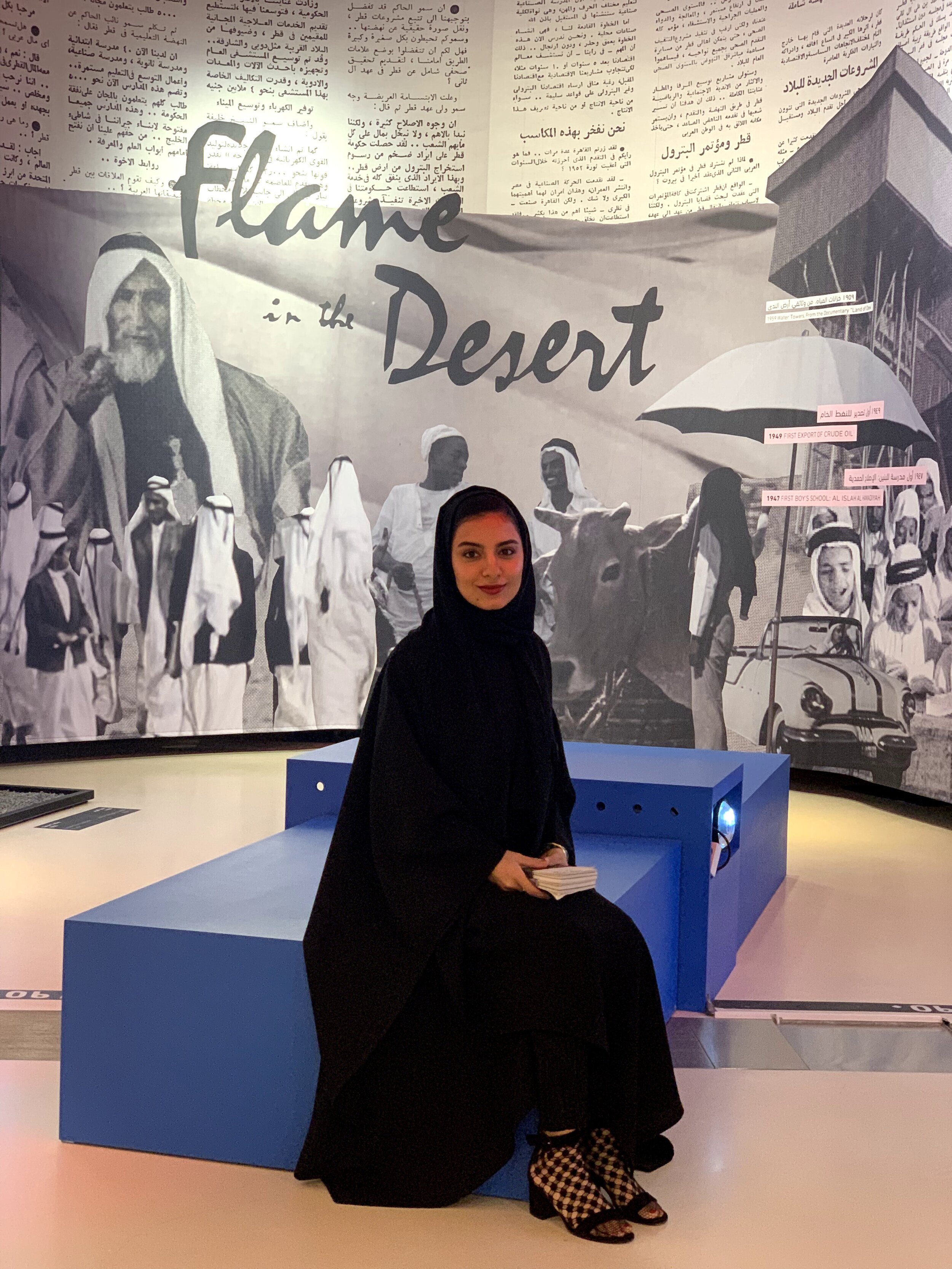 How was your experience working here on architectural projects?

When I returned to Qatar there was a lot of interest generated towards the Lusail City project in 2009, as it was an attractive project for several reasons (the team, the project itself, the salary, work environment etc.) which encouraged me to partake in it. The staff I worked with was very nice and friendly, and my manager taught me about the nature of architecture in Qatar. Yet even when the nature of the project was based on architectural work, I did not design any building, nor did I work on the designs themselves, I was a project manager. At first, I did not mind the nature of my work because I was learning a lot, and I was building relations with people in the architectural sphere. However, it got to a point though where I felt that I was not learning anything new; I began to miss working on actual architectural projects, hands-on rather than oversee it from afar. Thus, I started searching for other jobs, but most of the jobs that were offered were project management positions (the same position I was trying to leave).   When I went to Basel in Switzerland with the Lusail City project team, I coincidentally met with a team from QM. We started talking and I felt that I could benefit them and vice versa. So I transferred to QM, and this shift was truly satisfactory because I found what I was lacking in the Lusail City. During my time at QM, they invited a well known architect from the Netherlands called Rem Koolhaas and they wanted someone to shadow him and follow his work. QM assigned me to help him understand the nature of the country from its people to the environment, to the plants and the products we use in construction. In this job I did a lot of research and it was a great experience because it was the first time I worked under the guidance of an architect on multiple projects. Even with my departure from QM, I still work with him every now and then on other projects.

What was the goal behind establishing Atlas Bookstore?

When I was studying architecture at university most of the examples we used in class discussed western architecture. We only learned about Islamic or Middle Eastern architecture in a historical context rather than looking at them from a modern architectural perspective. This marginalization of Middle Eastern architecture applies not only to architecture programs in the Arab world, but also to global programs as I experienced a similar phenomenon while studying in London. This is why I started looking for sources regarding the architecture of this specific region, whether it be books, articles, doctoral thesis etc. As a result, I have collected a large number of books that centered around this subject, and they took up a lot of space at home. My mother encouraged me to find another space for these books, so I decided to look for a place where I could both store my books and share them with the public. After realizing that Qatar does not have a specialized bookstore about Middle East & North Africa (MENA) architecture, I decided to share my books by establishing the first architectural bookstore.   Most of the books in the Atlas Bookstore are not for sale, as most of them are out of print or rare books. The idea of not selling books created some difficulties in getting the license to operate from the Ministry of Culture and Sports. Thankfully though, we managed to overcome these obstacles and Atlas Bookstore was a go. After obtaining the license, I started looking for a place to open the bookstore. Coincidently, the Sheraton Hotel wanted someone to conduct research about the history of Qatar National Hotel Company, now called “Katara Hospitality” – which owns the Sheraton – and I decided to conduct the research for them, and create a history book provided that the hotel gives me space for the bookstore. They were impressed by both the research and the idea behind the bookstore, and so they decided to give me space as long as I research the architectural history of the hotel building and conduct tours as well. That is how I ended up opening Atlas Bookstore in the Sheraton Hotel.

The tours are not limited to the Sheraton Hotel, as we also conduct other tours of other locations in the city such as Al Asmakh, Qatar university, West Msheireb, and Al Shammal. In our tour of the Sheraton Hotel, we not only cover architecture and building engineering, but also the history of the building from before it was constructed and the reasons for choosing this area specifically. The nice thing about these tours is that everyone in Qatar has a special and unique relationship with the Sheraton Hotel, and on the tour they share their personal experiences which makes these tours more special. The content of these tours is based on thorough research so as to deliver comprehensive and correct information.

Furthermore, the bookstore also plays a bigger role than just simply storing and displaying books. We also conduct research on urban planning in the Arab world, publish books, and carry out exhibitions. There is also another side of the bookstore, and that it is a transient bookstore with occasional pop-ups in different cities across the region as well. We transferred part of our books to Kuwait in 2016 for an exhibition on Kuwaiti Modernity between 1965-1989 at Al Shaheed Park, so we prepared and borught the books which revolve around Kuwait’s architectural renaissance. We moved another part of the bookstore’s collection to Dubai in March 2017, and then to Bahrain at the end of 2017, and a part was also sent to Basel in 2017. The idea of the mobility of the bookstore was to spread its content to other cities and initiate dialogues about the region’s architecture. We plan on being part of future exhibitions in the UK and in Jordan, and we hope to reach other regions as well. 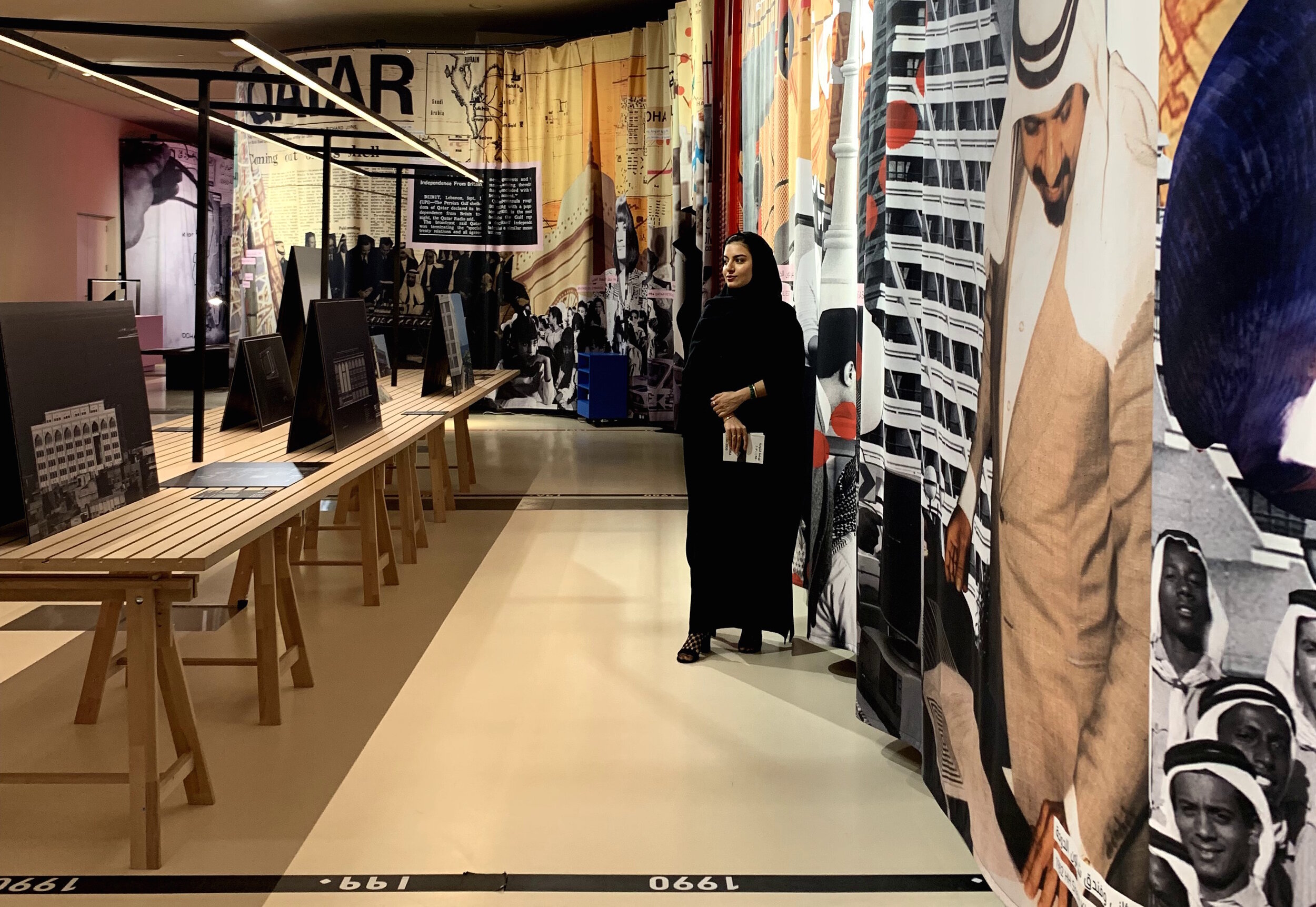 Seeing as the concept of this bookstore is unique, what kind of visitors does it usually receive?

Most of the bookstore visitors are academics and researchers or visitors of the hotel who happen to discover the store by chance and admire the content. There are others who collect rare books in this field, and they interact a lot with the bookstore as at times they even give us their books for safekeeping and display or would invite us to their own libraries. However, most of the turnout though comes from students and those working in the academic field, and this is not only limited to residents.

Could you talk more about the future plans you have for the Atlas Bookstore?

At the moment we have just completed a commission from Qatar Museums to condcut research and curate an exhibition titled “Making Doha: 1950-2030”, as the first temporary exhibition of the National Museum of Qatar. The exhibition focuses on the state-led architecture and planning initiatives in Doha. I hope the bookstore’s role will grow in the  academic world, especially in Qatar University because it has the potential to grow by making students explore the local and regional architecture rather than focus on Western architecture. Furthermore, I hope that it expands to all universities who teach architecture to broaden their scope.

I would advise every ambitious architect to not settle as a project manager of an architecture project because this will deter you from practicing architecture as design or theory in its true form. I recommend, after taking sufficient experience from this job, to establish your own practice and contribute to the architecture of the country.