Professor and the Vice President

for Research and Graduate Studies at Qatar University

The field of science is a domain of endless possibilities. From physics to astronomy, science remains a distinguished field due to the multiplicity and the nature of studies it offers. Materials science is one of the prime areas in scientific studies. It helps in unraveling many hidden facts about the world.  Professor Mariam Al-Ali Al-Maadeed, Vice President for Research and Graduate Studies at Qatar University (QU), is one of the pioneers in the field of materials science, who has left an imprint through research and scientific achievements, hence bringing global acclaim for Qatar. So, who is Dr. Mariam Al Ali Al Maadeed? 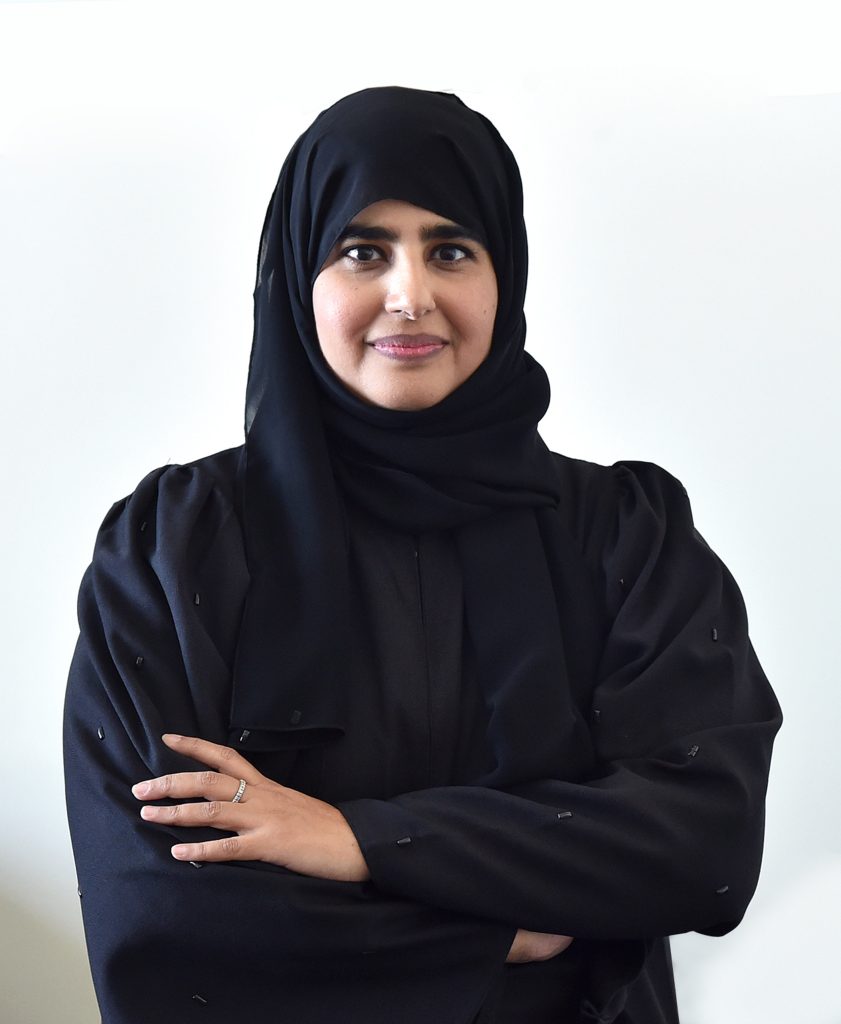 I got my bachelor’s in physics from Qatar University, and I continued my higher studies in material materials science, more specifically in ‘polymers and nanotechnology’. This is an interdisciplinary science, which can include chemistry, physics, and biological studies. I got both my Master and Doctorate from Alexandria University. Pursuing a Ph.D. was the most difficult period for me, because I had three young children at that time. I worked at Sheffield in the UK for a while during my Ph.D. studies. It was not easy, but my family provided me with complete support, which helped me achieve what I wanted.

After finishing your MSc and Ph.D. and working at Qatar University, can you highlight the different roles that allowed you to develop your students and the university?

I worked as a physics and materials science professor at QU following my master and doctorate, and my students have always, and still do, held a special place in my heart. My aim is to support young researchers and encourage more students to pursue science, especially material science. I believe that as my role as a science educator, I must present science to students in an exciting and attractive manner. That is why I try my best to constantly develop my teaching style, so more students apply to study the field of science. From this perspective, we work on several projects in QU to achieve our goal of spreading the culture of science and research. These initiatives support my role as an expert in higher education in the university and its future strategy, specifically in the fields of developing and planning research and higher education courses.

Did you always aspire to study materials science?

Science was my first passion since I was young. I read many books growing up, as it was a source of fascination. I grew up in an environment that encouraged reading and partaking in poetry and literature, because reading opens the mind and changes perceptions. By reading voraciously, I was introduced to science, which captured my attention. I encountered certain challenges with science and mathematics initially but this proved to be a motivating rather than a tiring factor for this discipline, which encouraged me to study it. By understanding science and technology, you can utilize it for a range of benefits, specifically for materials science, where one can find new improved applications that help the society and market.

Can you tell us more about your educational journey?

It was very enjoyable. I learned and collaborated with many international scientists from different countries. After completing my MSc, I returned to QU as a lecturer at the physics department and this period gave me a good experience by interacting with people and students. Teaching specifically, allowed me to develop new skills, which involved managing classes and students in particular and administrative matters as well.

Simultaneously, after acquiring my Ph.D., I returned to QU as an assistant professor because I knew that the University is the most appropriate environment to express my creative abilities in materials science. This started with the establishment of a materials science laboratory from scratch. Although the laboratory was small, it allowed conducting different experiments that were published as findings in many internationally reviewed journals during a period when nanotechnology was something new in the academic world and Qatar as well.

The achievements in this laboratory were of utmost importance, as most of my work was not funded until 2006-2007, when the first research funds were arranged by Qatar Foundation (QF). We used to send our manuscripts to the USA and Europe by mail. Many manuscripts were accepted, and some rejected. The long waiting periods for the responses were very tedious. Today our papers are sent via email and the response comes sooner. However, the longer waiting periods taught us patience, which is an important part of professional conduct.

It was through this laboratory; I started my research journey and we could deliver excellent results in which I was supported by outstanding students and a well-trained staff. Some of my previous students are now in the process of getting their PhDs. I have had the privilege of guiding many female researchers in 2006-2007, when QF established the research support arm. We were among the first groups funded by QF.

Research is my passion. Whenever I publish scientific results, I get the urge to understand more and continue the developments in that area, and add to the world’s knowledge. As a researcher, I have authored more than 200 publications in international journals and conferences, book chapters, and patents, and edited four scientific books. I was awarded the State Prize in Physics in 2010, the Plastic Excellence Award from the Gulf Petrochemicals and Chemicals Association in 2014, and the Leadership Excellence Award for Women from the Conference and Exhibition of Engineering for the Middle East in 2015. I am also a leading member of the Al Bairaq team, which won the World Innovation Summit for Education Award in 2015. In 2016, I received the Award of Islamic Educational Scientific and Cultural Organization in Technology and the Thomson Reuters Award for Excellence in Innovation (Qatar).

Is there a specific field in science that you focus on?

I studied physics and mathematics as an undergraduate student. I am always interested in understanding the relationship between the structure of the materials and their characteristics, to improve and modify their properties, and to utilize their benefits for the good of society. The blend between basic sciences and applied sciences can have some great outcomes. Thermal, physical and mechanical properties are the common backbone of my research. I am also interested in higher education strategy and more specifically, in research and graduate studies planning and development plans.

Can you tell us more about your work and initiatives at Qatar University?

I fully consider myself a researcher at heart. Currently, however, I have a lot of administrative work to handle, but this cannot take me away from my passion for research, in either science or higher education. Unfortunately, I was not able to teach for the last three years and I miss my students. I have an excellent team working with me as administrators and scientists in different projects. As the Vice President for Research and Graduate Studies, I support students and faculty members at QU in research and achieved excellent outcomes such as new improved policies and procedures, high impact publications and more international collaboration.  The first of my initiatives is to support the staff in the education sector. In order to give students what they deserve, mentors must be distinguished and able to deliver. We have many initiatives at the University where we support the staff and develop their research and teaching skills. There were many initiatives that we worked on during the last few years, such as improve the policies and procedures for research and graduate studies, arrange a better environment for research and increase international collaboration.

We also have a number of unique projects led by many faculty members at QU for encouraging students to engage in science, such as Seha and Al Bairaq programs, these programs train students on STEMin a modern way. These programs cover large groups of students. When choosing students for these programs, we do not only select distinguished students who attain higher grades but also students who are considered to be academically weak and we try as much as possible to maximize the understanding and love of science in each and every one of them.

We have received accolades in this respect, and I am happy with the changes we have made in the students’ lives through these programs. There was a time when students were not interested in science at all but they have now turned to harness scientific specialties because of our project. The goal of this project is to increase awareness and build scientific capacities.

You have undergone several stages at Qatar University is there a particular stage that stands out?

There isn’t a particular stage in my life that stands out  I prefer to look forward to the future. Difficult periods strengthen and change a person for the better. As it is said, “In order for carbon to be transformed into diamonds, it must pass through high temperatures and pressure”. You learn from all those changes and difficulties. For example, I worked as a project manager in the past. The place where we worked was very small and included only two laboratories. Over time, this small unit turned into a large center, the Center for Advanced Materials, where there are many female researchers, leading research in academia and the scientific field.

As part of my duties as Vice President for Research and Graduate Studies at QU, I play a role in social and administrative aspects for working women, to motivate them to be more involved in university life, be more creative and strike a work-life balance. I am also interested in attracting both men and women to the field of science and technology and more generally towards research, because of the limited number of Qataris in these fields and keenness for efficiency and quality of research to maintain a productive society that develops both women and men together. I support women and men in all areas, from undergraduate and graduate students to faculty members. I help them with different research procedures and funding that ensures efficient and quality-driven outputs.

My advice for my sisters, I always remind myself and others the importance of having courage and high spirits. It is important to maintain a balanced and encouraging environment in all aspects of life, so that the professional life does not overpower the social life and vice versa. Women have an active role in elevating their society and nation as a researcher, scientist, and a professional in all fields. Even as a caregiver, her role in raising and preparing generations that are equipped with knowledge and ideal morals is significant, as they head towards development and innovation in the future. Essentially, she raises generations that have honed their skills and will apply it in service to their country and humanity, stripped from selfishness, and working in the spirit of a team like stacked buildings. The generations that she raises live in a model and transparent competitive atmosphere, equipped with patience and strength to ask for knowledge and produce academic research of high quality to benefit their society, country, and achieve global achievements.